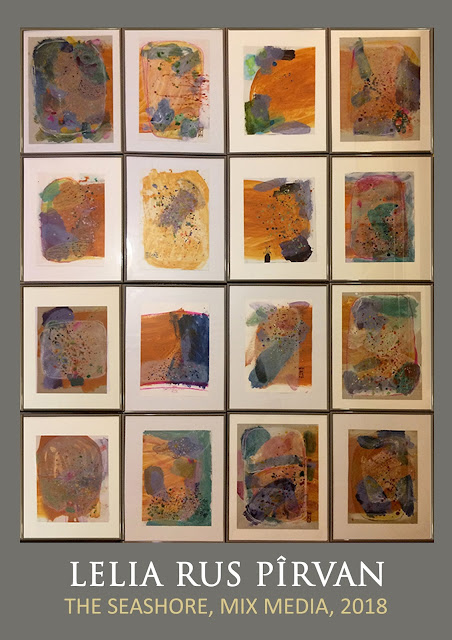 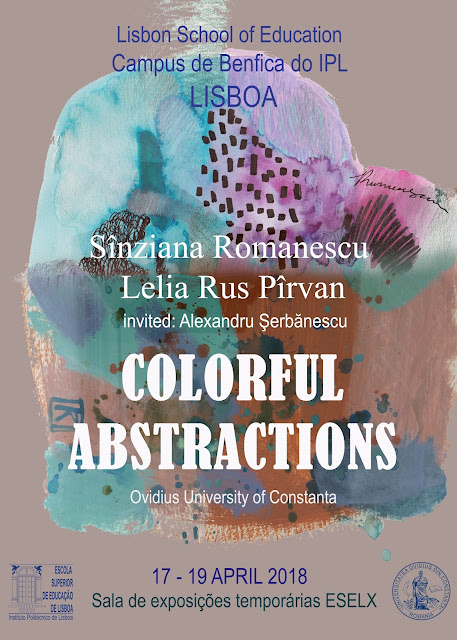 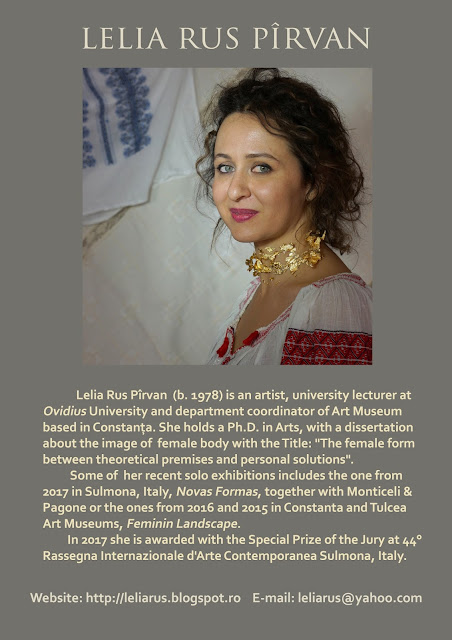 The exhibition Colorful Abstractions, by the artists Sînziana Romanescu, Lelia Rus Pîrvan and their guest, Alexandru Şerbănescu, will be held at the Escola Superior de Educaḉao, from the Polytechnic Institute in Lisbon, Portugal, from 17th of April to 19th of April 2018.
The exhibition takes place at the same time as the workshop that the two artists, university lecturers at "Ovidius" University in Constanta will support at the aforementioned Faculty. The workshop, titled The Romanian Glass Painting Between Tradition and Innovation, will present to the students of Lisbon the popular painting on glass bringing this old technique in the contemporary period. An exhibition with a close theme, called The Sacred Space  was opened on 28th of March at the Constanta Art Museum.
The works of the three artists to be exhibited in Lisbon share the marine theme and the taste for the experiment. Sinziana Romanescu starts from the idea of ​​primordial elements and imagines a world in which water, rendered in mixed technique or watercolor, is the reason for the continuous transformation, birth and mirroring. For Lelia Rus Pîrvan, the terrestrial element is predominant, the ocher of the sand referring to the idea that we are all sand in the great ocean of life, while Alexandru Şerbănescu's works are made in the cyanotype technique on glass and they  are centered near the symbol of the seagull, from the city where it comes, but also the symbol of the air.
Through these activities, the three artists and teachers of the "Ovidius" University of Constanta aim to promote the Romanian art and culture, as well as the higher art education in Dobrogea.